The exhibition “Titanic The Reconstruction” has moored in Gijon until the 7th January. The RMS Titanic was the largest passenger ship at its time belonging to White Star Line. It sank in the North Atlantic Ocean after colliding with an iceberg on the 15th April 1912. This unfortunate accident took the lives of more than 1500 people. This tragedy was taken to the big screen by James Cameron with the movie “Titanic” (1997). Hollywood blockbuster won 11 Oscars. Do you remember the scene of the sinking ship while the musicians were still playing?

The first sight for the exhibit is an unappealing and massive black tent of 1000 square meters. Once you get inside, you start a journey in time to discover one of the most famous ships in history. There are four significant areas through the exhibition with objects, stories, and real scenarios. In the first one, you can watch a documentary produced by the Titanic Foundation with original shots, such as the famous staircase for the first class passengers. 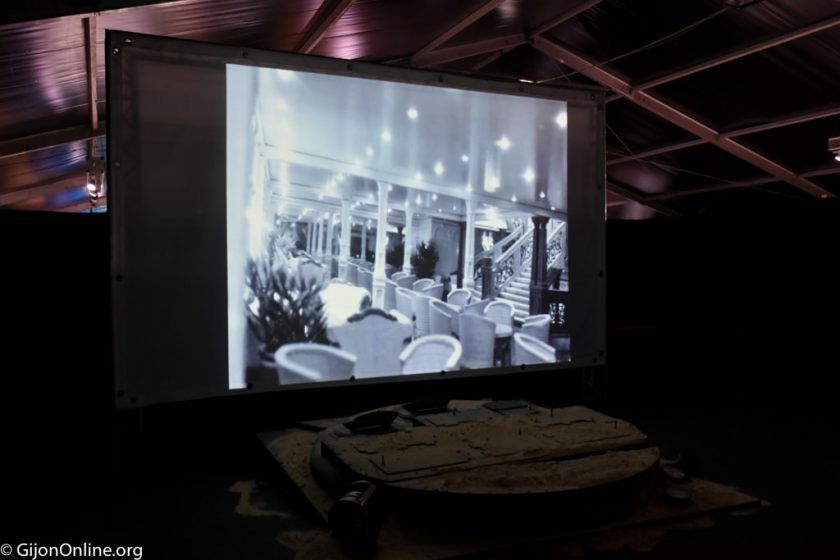 After that, you are offered personal sound equipment in the language of your choice, to guide you through the visit to the next rooms. You will find lots of objects and information panels about different aspects of this ship. As an interesting fact, the mansion owned by Lord James Pirrie where the decision was taken to build the Titanic in June 1907, it is currently the Embassy of Spain in London.

Further along, you get into another room where you can see an impressive Brush Runabout D24 car from 1912, different types of objects such as porcelain, clothing, toiletries and even a replica of the communications room, designed by Marconi. Another curious fact is that you can see a model of a Titanic sink with the signature of US President Barack Obama.

Last but not least, in the next room, you can see a spectacular 12 meters extended model of the Titanic at a 1:30 scale with all kinds of details. The pièce de résistance to finish an epic and emotive exhibit about the iconic Titanic. 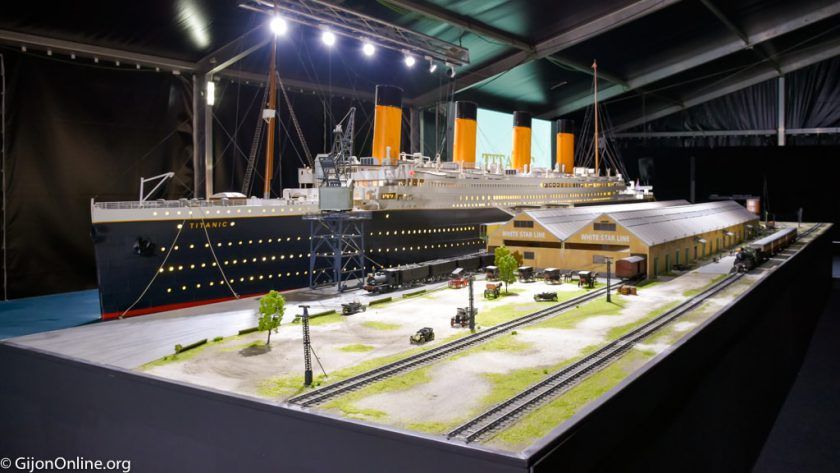 This exhibition “Titanic The Reconstruction” is located at Jardines del Nautico by San Lorenzo Beach in Gijon/Xixon until the 7th January during the festive season, with opening times from 10:30 to 21:00. It is an initiative of the Titanic Foundation whose primary goal is

promoting the respect and defense of the environment of our coasts, seas, and oceans

Don’t miss it out. Enjoy the exhibition!

Please visit our calendar section for more suggestions on things to do in Gijon and nearby. Enjoy!

Sightseeing, Sports, Things To Do

Gijon hosted the hot air balloons race (2ª Regata de Globos Aerostáticos) during the first weekend of June 2018. The event filled the sky of Gijon with colorful flying devices for the delight of locals and […]

A floating piano performs in Gijon

Culture, Things To Do

Gijon is hosting this weekend a project of artistic interventions in unconventional spaces born in the year 2002 and named Arenas Movedizas (quicksand). One of the most expected events was the floating piano concert by the […]

Spain celebrates the Carnival in February or March. It has its origins already documented in the Middle Ages as a pagan celebration associated with the approach of the Christian celebration of Lent with Ash Wednesday. […]