The coastal city of Gijon in the region of Asturias in northern Spain celebrates Saint Peter’s Day. This Dia de San Pedro takes place every year on the 29th June. Besides, the earlier celebration of Saint John and the bonfire night (Fogueras de San Xuan) occurs the night of the 23rd June. As a result, these celebrations kick-off the beginning of the holidays and festivals for the summer season. Saint Peter is the patron of the city of Gijon. The church located in the charming neighborhood of Cimavilla with stunning views of San Lorenzo beach. The former gothic temple from the 15th century burned down during the Spanish Civil War in 1936. The current St Peter’s Church (Iglesia de San Pedro) built between 1945 and 1955. The style is Romanesque and Asturian pre-Romanesque. 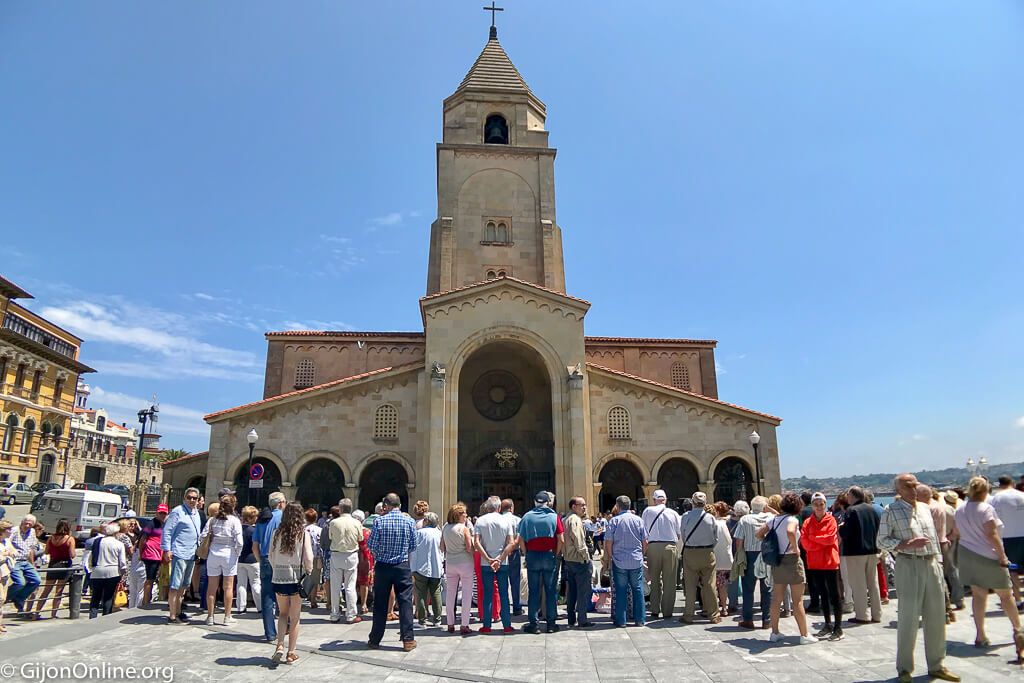 First of all, the folkloric group Na Señarda is a cultural reference for the Asturian traditional music and dance. They accompanied the celebrations with their dancing skills. Also, Banda de Gaitas Villa de Xixon is a music band formed by many bagpipers. The bagpipe is the traditional Asturian music instrument par excellence. Imagine the magic of listening to a group of bagpipes playing in unison by the seaside, and creating such beautiful music. Finally, Coro de Voces de Cimavilla is a favorite local choir group.  They delighted the public with several songs including “Gijon del Alma,” an emotional song sung from the heart by the people of Gijon. 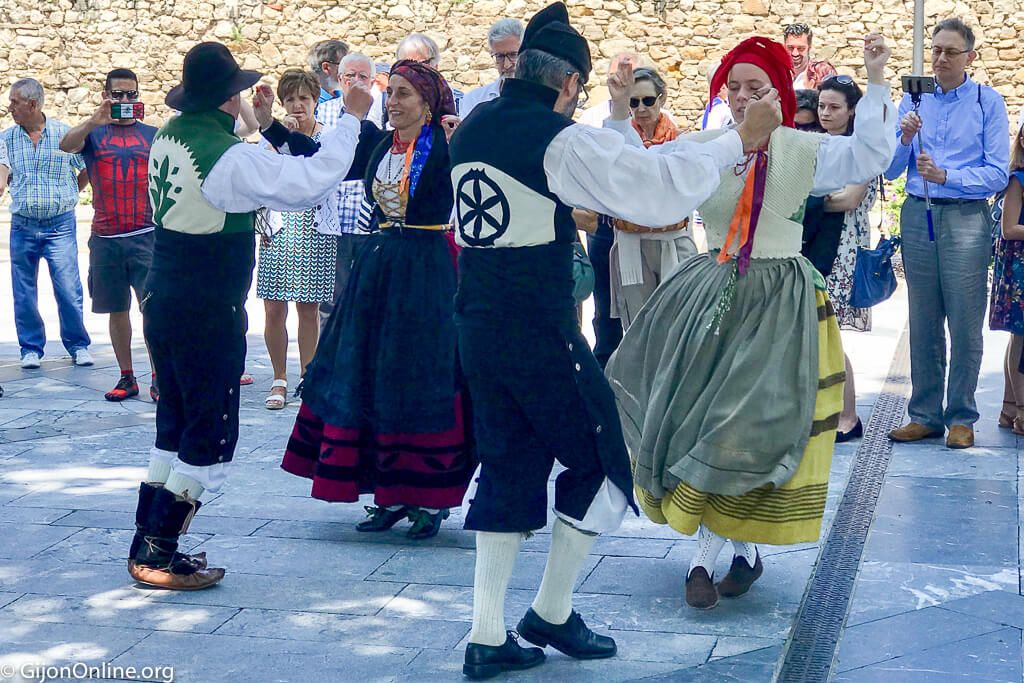 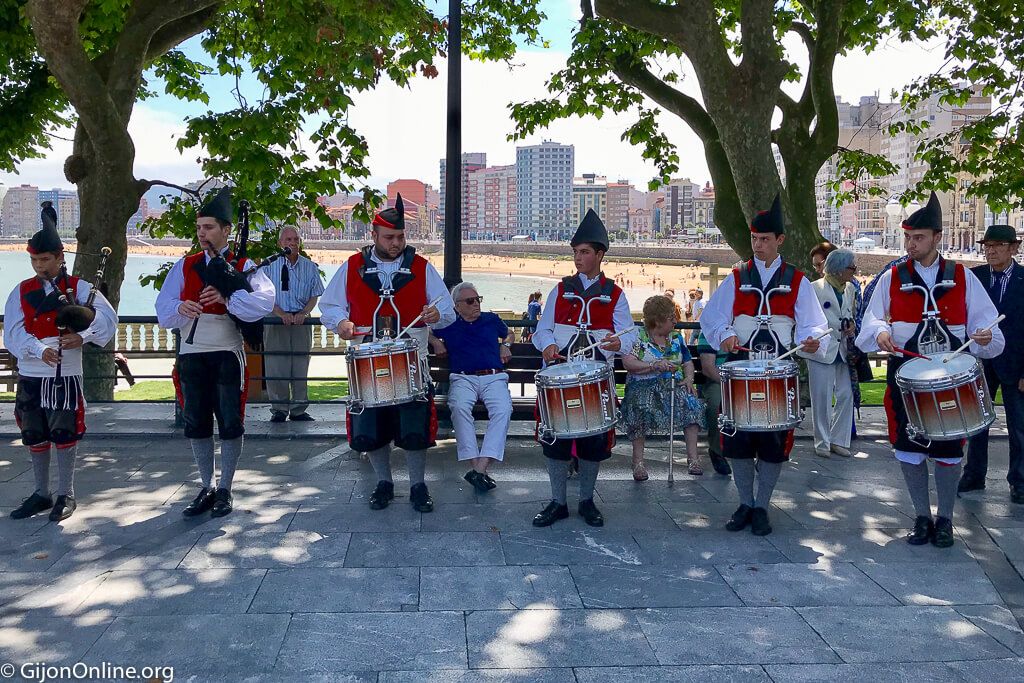 This Dia de San Pedro is, after all, a religious celebration. First of all, it consists of a holy mass attended at St Peter’s Church. Furthermore, the clergy proceeds to bless the waters of the Bay of San Lorenzo. Finally, the mayor of Gijon presents a floral gift to the sea. It is something entirely following the marine culture and history of the coastal city of Gijon. Banda de Gaitas Villa de Xixon performs one of the most popular and favored songs, “Asturias Patria Querida.”

All of these religious and cultural activities take place at Campo Valdes dominated by this renowned Iglesia de San Pedro. Even more, there is as well the entrance to the underground Roman Baths Museum with finely preserved Roman remains. Otherwise, there is the option to enjoy a coastal walk by the Bay of San Lorenzo with stunning views, or even rent a bicycle to discover Gijon through dedicated bicycle lanes. Last but not least, the festival Metropoli Gijon at FeriAsturias is also in full swing during these days, to have a blast during your visit to Gijon. Enjoy! 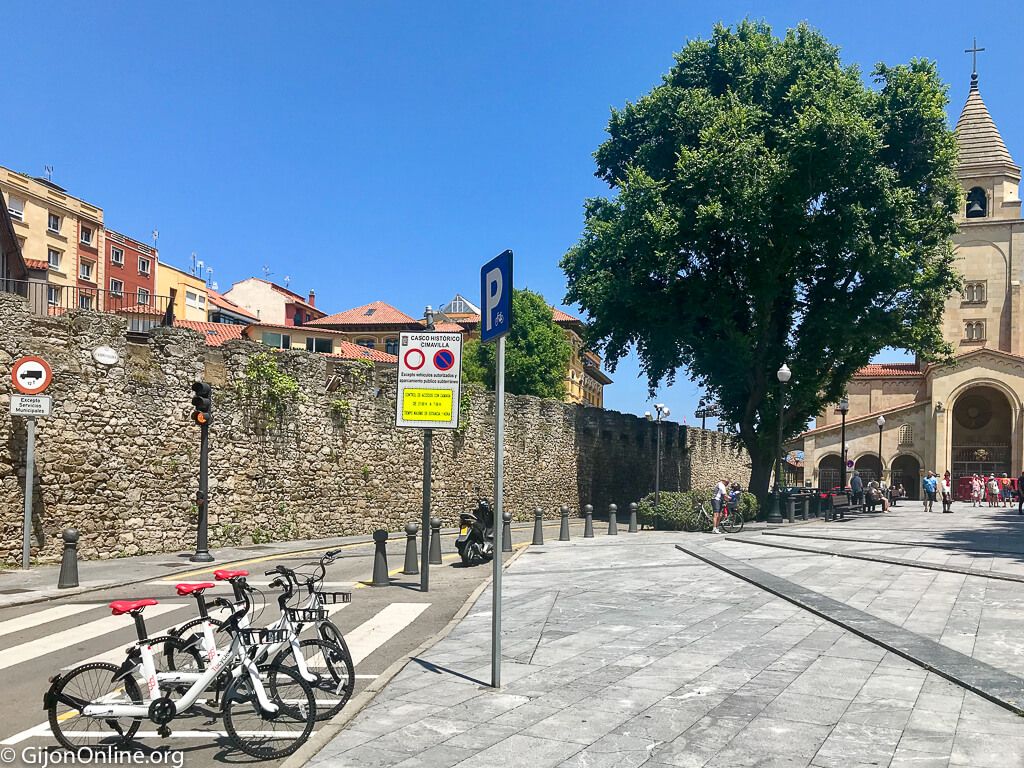 Enjoy the Christmas Markets in Gijon

Gijon shines during the Christmas period with beautiful Christmas lights and decorations through the city. There are many exciting attractions and museums to learn more about Gijon and the Asturian culture. Several urban beaches offer the […]

Cimavilla, the old town of Gijon

Cimavilla (or Cimadevilla) is the old town of Gijon and used to be the whaling and fishing quarter. The origin of this charming part of the city goes back to the Roman times. Famous landmarks are […]