Gijon hosted the hot air balloons race (2ª Regata de Globos Aerostáticos) during the first weekend of June 2018. The event filled the sky of Gijon with colorful flying devices for the delight of locals and visitors alike. Pedestrians enjoyed unique views looking above their heads. An initiative organized by Volar en Asturias and the City Council of Gijon. Some of the patrons included Kia Asturconsa, Panris, Vitogas or Kubicek Balloons. This second edition for 2018 took place with more balloons and many surprises.  For instance, an online tracking camera system to follow the movement of the aircraft in real time. 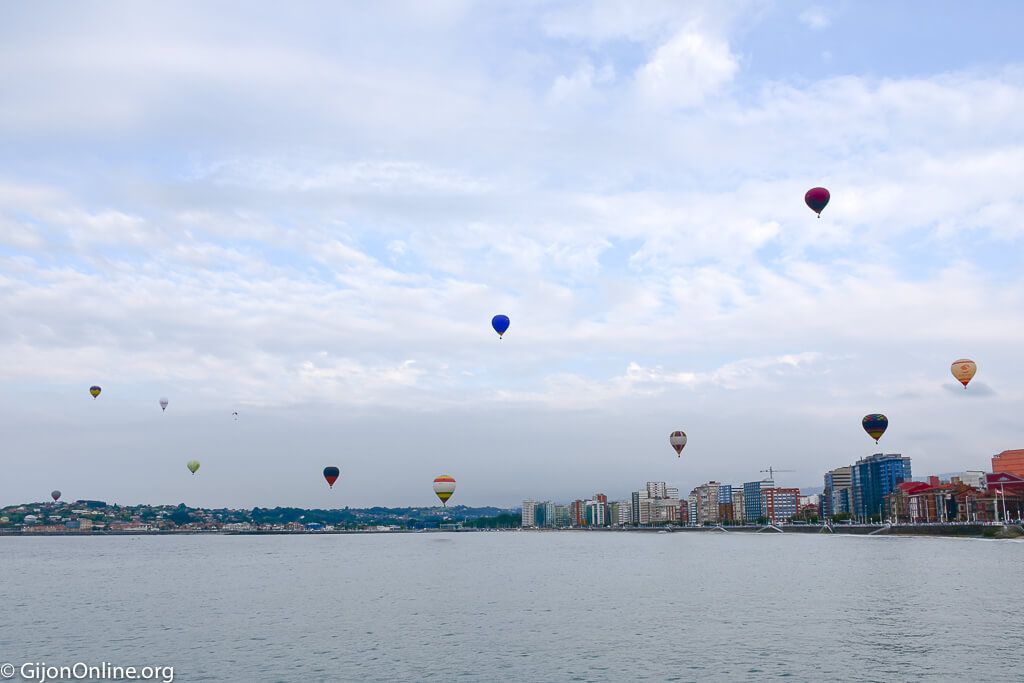 There were six programmed flights for four days for approximately 30 participants from Spain and France. First of all, the replica of the Montgolfier balloon stood out for its classic design. It was the first hot air balloon that flew over Paris in 1783. Furthermore, Brewery “Estrella Galicia” participated with the only operational aircraft Zeppelin style in Spain. Finally, there was a high expectation for the Gijon hot air balloon participating for the first time. A competition balloon with capacity for a pilot and a passenger, it will promote the city in different events in Spain and Europe.  The name of the city displayed in both Spanish (Gijon) and the Asturian language (Xixon). So the hot air balloons flew over the Bay of San Lorenzo creating an unusual view for the Gijon skyline.

Most noteworthy, thousands of visitors attended the dazzling Night-Glow show on Saturday night. Hot air balloons lit up to the sound of catchy songs for a music and light extravaganza.

Ready to fly in hot air balloons over Gijon?

Volar en Asturias organized this international hot air balloon race in Gijon. They offer passenger services in balloon flights and paragliding also. If you are interested in this unique experiences for your next visit to Gijon, please visit their web page for reservations and even more information. Enjoy!