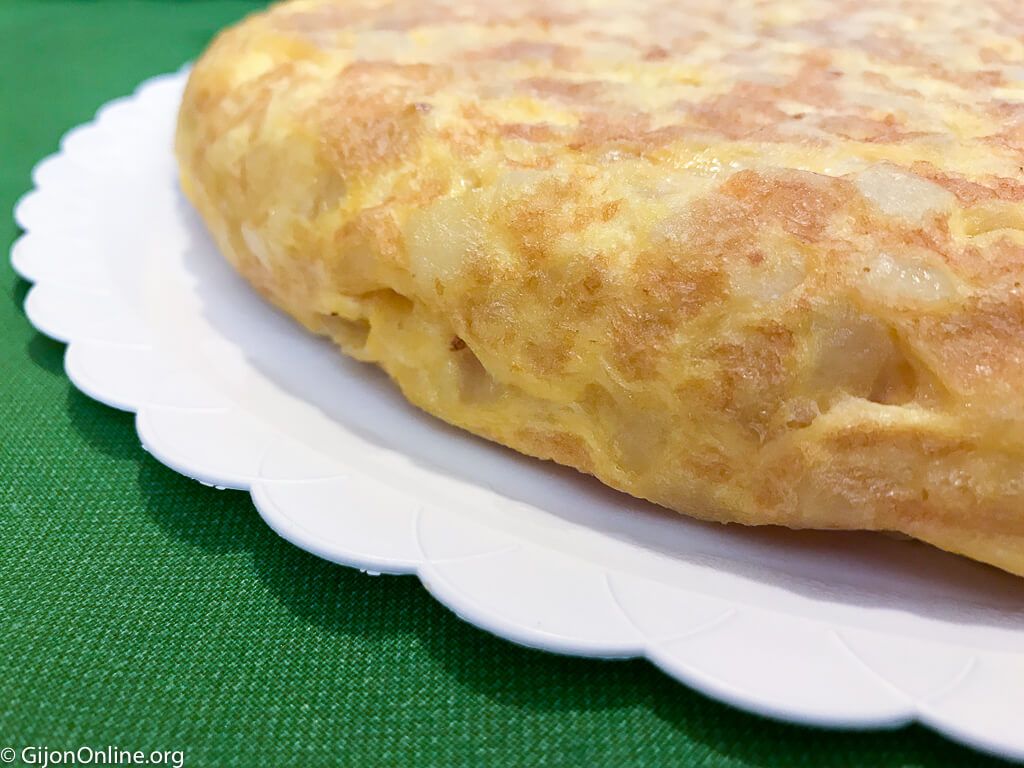 Gijon is hosting from 16th to 25th February the Campeonato de Tortillas or Spanish omelette championship for this year. During these days, you can taste different versions of Tortilla de Patatas in several establishments such as bars, cafes, cider houses, and restaurants around the city. Tortilla de Patatas is a straightforward and tasty dish considered a national food in Spain due to its popularity. The Spanish omelette is made traditionally with potato, egg, salt, olive oil and optionally onion. Besides, there are different inventive versions with whatever ingredient might seem fit, such as ham or chorizo. For this Campeonato de Tortillas, the participating establishments might compete with either the traditional potato omelette and their recipe with the ingredients of their choosing. This event sponsored by the newspaper El Comercio publishing a guide for this championship with the different competing establishments, addresses, and the omelette versions. These are some tasty examples from the 33 establishments participating in Gijon on this gastronomic contest:

Nevertheless, if your mouth is watering now with all these pictures of Spanish omelette? If you cannot make it to Gijon during these days, why not give it a try at home?

Just in case we got lost in translation, this is a video of Spanish chef Omar Allibhoy cooking his recipe with a twist. You never know, it might be a good inspiration for your recipes at home.