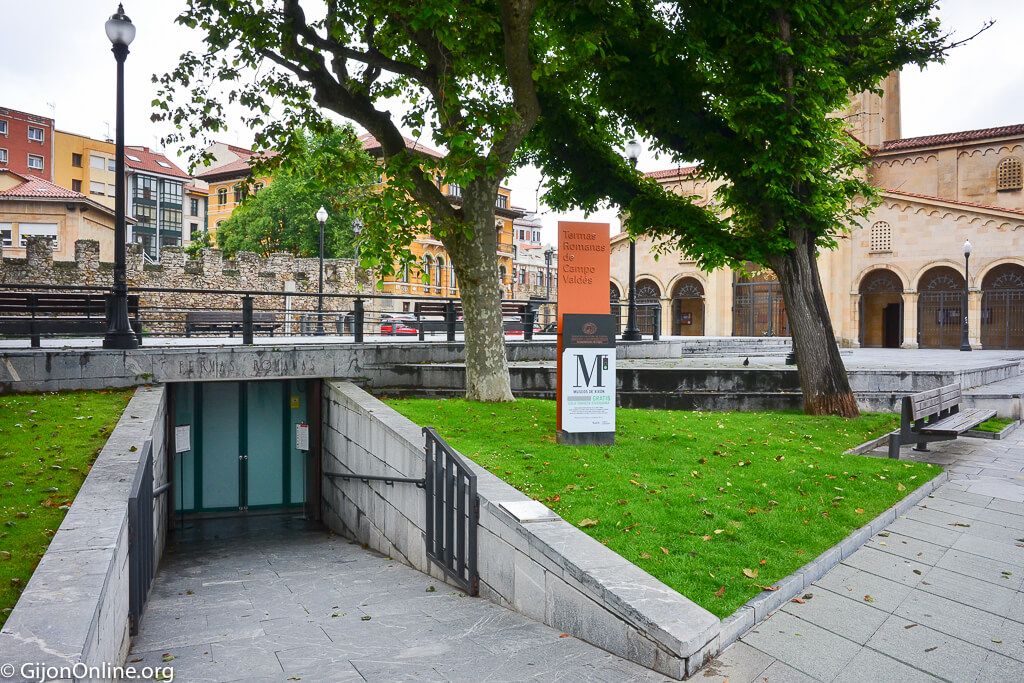 The Roman baths of Campo Valdes (Termas Romanas de Campo Valdes) are an essential reference for the Roman heritage in Gijon. The museum is located underground near Saint Peter church in the neighborhood of Cimavilla. It belongs to the Museum Network of Gijon. These Roman Baths of Campo Valdes were discovered accidentally during sewage works in 1903. They remained hidden for the public until 1965 and declared an asset of cultural interest on the 8th May 1987. The current museum inaugurated in 1995. An ideal experience near San Lorenzo beach for the whole family to have an insight of a Roman Bath.

Gijon is on the north coast of Spain in the Bay of Biscay. The origins of this Asturian city go back to the Asturian town of Noega in Campa Torres inhabited since the 6th-5th centuries BC. On the other hand, the Roman town that developed on the Cimadevilla peninsula at the end of the 1st century AD. The Roman Baths built between the 1st and 2nd century AD. They were a part of everyday life and a meeting point for the community dedicated to taking care of the body with exercise, bathrooms, and saunas. They would open at noon and close with the nightfall and mostly be used after work and before dinner. All members of the community including slaves welcomed.

The Roman Baths of Campo Valdes Museum is located underground in front of San Pedro church at sea level near San Lorenzo beach. The visit flows around two areas. First of all, the museum displays objects and remains to show the techniques of construction, daily life, flora and fauna of the Roman times. On the other hand, the visitor can view the archaeological Roman remains for the public baths built between the 1st and 4th centuries during the classical Roman period. It includes the remains of an Apodyterium (changing room), a Frigidarium (cold room), a Sudatio (sweating room), Tepidarium (warm room) and remains of Roman mosaics.

Other Remains of Roman Heritage in Gijon

The Museum of the Roman Baths of Campo Valdes (Termas Romanas de Campo Valdes) is at the Cimadevilla peninsula, the charming old town of Gijon. Just a few steps away, there are the remains of the Roman Walls at Plaza Jovellanos. Other archaeological museums available in Gijon are the Archaeological Park at Campa Torres and the Roman Villa of Veranes. The web page of Gijon Museums offers a PDF guide on Spanish available online.

There are other exciting museums available while visiting Gijon:

Enjoy and get the best out of Gijon!